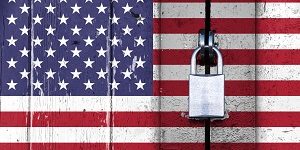 After being rudely awoken from their slumber in early February, risk assets have been in consolidation mode. Assuredly, there is plenty for the markets to get their collective ‘heads’ around.

The prospect of higher rates in the US, reinforced by a Fed Chair seemingly willing to follow through on rate hikes, the spectre of quantitative tightening as the ECB and BoJ join the Fed in reducing their balance sheets, and the ongoing theme of political risk in Europe recently highlighted by the Italian election. This already challenging situation was made a whole lot more challenging by recent developments on the global trade front.

Stepping back for a moment.  In October 2016 we wrote about the inevitable emergence of global social unrest borne out of the structural economic (and debt) problems that have built up in the global system over decades — US trade deficit with China, Germany trade surplus with rest of Europe. Over this period, global growth has been fuelled by an exponential increase in debt as productivity has continued to decline. The result has been a rise in inequality, and if history is any guide, social unrest is typically followed by political upheaval.

What we are witnessing today is a continuation of this pattern. Political rhetoric has unquestionably hardened in the past 12 months with anti-globalisation/anti-immigration now firmly rooted in political debate. Furthermore, on the global trade side, there have been multiple instances in the period post 2008 of major economies debasing their currencies to improve competitiveness.

This brings us back to the present day and the controversial announcement of Trump’s trade tariffs. That such measures are a) unlikely to create jobs in the industries they are trying to protect, and b) highly likely to detract from US and global growth is almost beside the point. The point of course is that they make for good politics.

There are a number of outcomes depending on the severity of the course of action taken and any resulting retaliation. Perhaps the most bullish (or least bearish) case highlights the fact that there have been many of such conflicts in the past, with the result never particularly damaging. This often involved the US levying duties on targeted product lines to protect domestic industry from China or Japan – or more recently Canada as in the case of Bombardier and Boeing.

Conversely, the most bearish scenarios involve a full-scale trade war with China, an outcome which to most is unthinkable and extremely unlikely given it would be nothing short of catastrophic for global growth. Of course, there are any number of permutations which exist somewhere in the middle of both extremes.

In the end, the most positive outcome for growth will depend on the economic rationality of the players involved and their willingness to compromise. However, at this stage it is difficult to see the ‘nuclear option’ coming to fruition, and the loss of Cohn and Rex Tillerson from Trump’s inner circle may contribute to further unease as this story plays out.

For now, the market seems to have taken the news in its stride, however it assuredly represents another significant macro tail risk to be factored in. More volatility to come then.

Overall portfolio duration remains low across our product range. In the short term at least, we feel the market may be susceptible higher inflationary pressures which can continue to take yields higher.

Although we are yet to test the 3% level on the 10 Year US Treasury, it seems likely to be the next key psychological point from the markets’ perspective. Should the global picture change in terms of macro tail risks or a downside growth/inflation surprise we would certainly need to revisit this view.

From a credit risk perspective, we remain lightly positioned across each of our portfolios based on a combination of tight valuations and an anticipated decline in market liquidity. The coming months and quarters we believe will represent something of a transitioning period for asset prices.

As valuations correct, our general strategy is to have sufficient liquidity to take advantage of the higher yields that arise. We are seeing some opportunities emerge in short dated corporate paper given the move in benchmark yields, although we are yet to see meaningful credit spread widening in this space.

Within our Emerging Markets Fund, we retain our 35% exposure to local FX. After a strong start to the year and a subsequent correction in February, local EM has consolidated somewhat. Gauging the future direction of the dollar will be crucial.

On the hard currency side, similar to DM corporate, there has been some cheapening on longer dated positions on account of the move in US Treasury yields. As of yet however, spreads are not reflective of the underlying risks on our view to justify taking on additional risk in the longer end of the curve.

For questions or any further details on Rubrics Asset Management, please visit our website or contact us at info@rubricsam.com.