A tale of two supermarkets 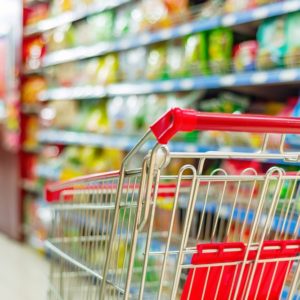 We outline recent credit developments at Distribuidora Internacional de Alimentación (“Dia”) and Tesco as well as the impact of the ECB on bond pricing.

DIA is predominantly an Iberian supermarket, whose stocks and bonds have experienced something of a roller-coaster ride since October. Unfortunately for DIA and its key stakeholders, the ride is unlikely to be over anytime soon.

Sources: , Bloomberg, JPM, Creditsights, Company Accounts and statements, revenue and profits converted at 1.3 for Tesco (GBP) and 1.14 for Dia (Euros)

The supermarkets share other similarities; i.e. large store network and emerging markets exposure. They both face intense competition from both discounters and online competitors.

A key difference, is their respective trajectories for leverage; Tesco has been paying down debt, whereas Dia appears to have seen a material increase in its leverage.

Dia’s rise in leverage appears to be due to an increase in short term debt and a drop off in EBTIDA. Reasons for the fall in EBITDA appear to be driven mainly by margin pressure from intense competition and currency depreciation in emerging markets. Ratings agencies (Moody’s and S&P) subsequently downgraded Dia to HY, thereby increasing the funding costs ahead of any potential refinancing.

Meanwhile, Tesco got upgraded to investment grade in October, after a huge effort by CEO Dave Lewis and his team to to boost cashflow, profits and reduce debt levels following its downgrade to HY in 2014.

Tesco has a handful of bonds denominated in Euros, including one that was issued in October following the upgrade (TSCOLN 1.375% 23), which is currently trading around its re-offer price.

It is clear that both credits are susceptible to a range of risks, for example with DIA, risks include:-

The point about mid cap vs large cap is important, as large caps tend to have more levers they could pull to get themselves out of trouble. For example, Tesco had multiple lines of access to finance, i.e:

In a pre-QE era, it would have been abundantly clear that a 0.875% coupon would not be enough compensation for a 5 year bond from Dia. However, the direct intervention by the ECB in the European Corporate Bond market has facilitated this type of tight pricing. It is not the first time that an ECB owned bond has experienced extreme volatility, last year, Steinhoff’s Euro denominated bonds experienced wild swings after accounting irregularities were discovered in its business. The difference between Dia and Steinhoff is important, Dia has experienced more of a traditional risk, that could affect many businesses as they go through cycles, whereas Steinhoff was down to specific actions by individuals that could be considered more idiosyncratic. Therefore as time goes on, there is rising probability that we see more companies that could experience problems as a part of the natural business cycle.

With the ECB tapering its purchases in October, and eventually stopping the purchases of new bonds (except re-investment) in December, it is highly unlikely that Dia (or a similar credit) would be able to lock in the sort of low coupon it achieved on its last public bonds. From an investor perspective, those who followed the ECB during the early stages of the bond buying program must now be able to weather the impact as the Central Bank steps back from the primary market in Europe.

Important Investment Information The views above are published solely for information purposes and are not to be construed as a solicitation or an offer to buy or sell any securities, or related financial instruments. It does not constitute advice or a personal recommendation as defined by the Financial Conduct Authority (“FCA”) or take into account the particular investment objectives, financial situations or needs of individual investors. The views above are based on public information and sources considered reliable. Past performance is not a reliable indicator of future performance. Yields are variable and not guaranteed. Investments can fall as well as rise, therefore you could get back less than you invest. If you are unsure about the appropriateness of an investment for your circumstances please seek independent financial advice. Investors should form their own view on any proposed investment. This publication has not been prepared in accordance with legal requirements designed to promote the independence of investment research and is considered a marketing communication. Figures correct as at 9 November 2018 unless otherwise stated. This publication is issued by Rubrics Asset Management, an appointed representative of Shard Capital Partners, 20 Fenchurch Street, London, EC3M 3BY United Kingdom who are authorised and regulated by the Financial Conduct Authority. For South African investors: In the Republic of South Africa this fund is registered with the Financial Services Board and may be distributed to members of the public. In addition to the other information and warnings in this document, the Financial Services Board of South Africa requires us to tell South African recipients of this document that collective investment schemes are generally medium to long-term investments, collective investment schemes are traded at ruling prices and can engage in borrowing and scrip lending and that a schedule of fees and charges and maximum commissions is available on request from the manager. Because foreign securities are included in the investments within this collective investment scheme, we are also required to disclose to you that there may be additional risks that arise because of events in different jurisdictions: these may include, but are not limited to potential constraints on liquidity and the repatriation of funds; macroeconomic risks; political risks; foreign exchange risks; tax risks; settlement risks and potential limitations on the availability of market information. Additional Information for Switzerland: The prospectus and the Key Investor Information Documents for Switzerland, the articles of association, the annual and semi-annual report in French, and further information can be obtained free of charge from the representative in Switzerland: Carnegie Fund Services S.A.,11, rue du Général-Dufour, CH-1204 Geneva, Switzerland, tel.:+41227051178, fax:+41227051179, web: www.carnegie-fund-services.ch. The Swiss paying agent is: Banque Cantonale de Genève, 17, quai de l’Ile, CH-1204 Geneva. The last share prices can be found on www.fundinfo.com. For the shares of the Funds distributed to non-qualified investors in and from Switzerland and for the shares of the Funds distributed to qualified investors in Switzerland, the place of performance is Geneva.